Next to Dubrovnik, on the island of Šipan, selling a summer house, 1 km away from the airport, located in Suđurađ.

A road exists that leads all the way to the lot, as well as infrastructural connections to water, electric power and telecommunications. The island of Šipan is very well connected with ferry and motor boats with Dubrovnik, at least five times per day.

The island of Šipan is the largest in the group of Elafit islands (total of thirteen), seventeen kilometers away, to the northwest of Dubrovnik. At the time of the Republic of Dubrovnik, the island was a popular place, where the most noted patrician families built over 44 summer houses along with numerous cultural monuments (32 churches for example).

Šipan is also known for its remarkable climate and floral vegetation, especially for the growing of olives, figs, grape vines, carobs, almonds and other citruses. On the northwestern part of the island is the Šipan port, and in the southeast is the city of Suđurađ as well as several smaller villages in the center of the island. 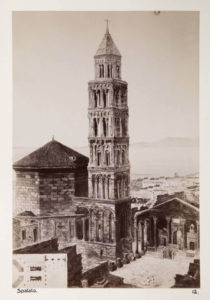